Why Energy Drinks Are Bad for Children and Teens

According to research published in the Journal of Nutrition Education and Behavior, nearly 15 percent of teens drink energy drinks on a weekly 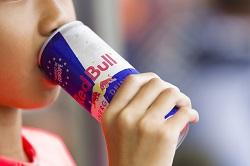 basis. Could the widespread use of energy drinks among teens be a problem? Many researchers fear that it is. Here's why.

1. Teens Who Drink Energy Drinks are More Likely to Smoke and Drink Alcohol

According to a study by the University of Michigan, the research is clear: Teens who drink energy drinks are more likely to smoke and drink as well. Research found teens who drank energy shots and drinks were 2-3 times likely to use alcohol, cigarettes and illicit drug use. Saying no to energy drinks may just be the first step to saying no to other, more dangerous drugs as well.

Energy drinks contain a great deal of sugar. When consumed frequently, they can lead to tooth decay and other oral health issues, especially when kids and teens don't brush immediately after.