The Effects of Secondhand Smoke

Find out how secondhand smoke can negatively impact your child’s health.

Smokers are all around us, and even if we don’t smoke ourselves we will often come in contact with cigarette smoke secondhand. While smoking cigarettes is unsafe 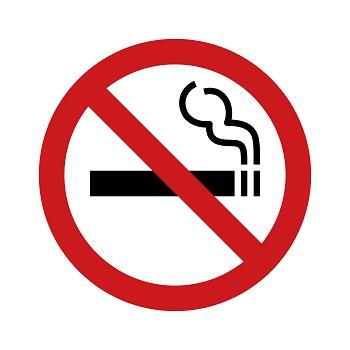 To put it bluntly, there is no safe level of exposure to secondhand smoke. In fact, it can cause a multitude of health issues for both children and infants:

Also, more than 1,000 infants die each year due to smoking during pregnancy.

SIDS is the sudden and unexpected death of an infant within the first year of its life. This is the number one cause of death in healthy children and secondhand smoke increases this risk. This means that mothers who continue to smoke during pregnancy and smoke around their infants put their children at an increased risk for SIDS. How? Because the chemicals in smoke affect the infant’s brain, changing how your little one regulates its breathing. Parents can protect their children from SIDS by following these three simple rules:

While it’s clear that secondhand smoke impacts the health of infants, it also poses harm to a child’s health, as well. Studies have found that children who have parents who smoke get sick more often. Their lungs are also less developed than children of non-­smoking parents, and they are more likely to develop bronchitis and pneumonia. If your child has asthma, the secondhand smoke can also trigger severe and more frequent attacks.

How do you protect your child from secondhand smoke?

For more information on the effects of smoke on your child, talk to your pediatrician. They can explain the risks in more detail, and perhaps even offer resources on how you or your family members can quit smoking.

For more information on the effects of smoke on your child, talk to your pediatrician. They can explain the risks in more detail, and perhaps even offer resources on how you or your family members can quit smoking.