Signs Your Child Has Epilepsy 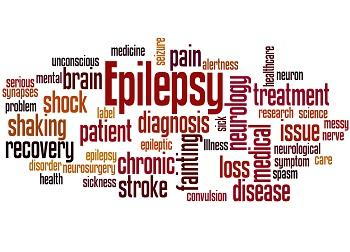 This long-term but common central nervous system disorder is characterized by seizures or convulsions due to a disruption in nerve activity within the brain. Seizures may range in severity, with mild seizures being more difficult to recognize. You may notice that your child is no longer aware of their surroundings for a few seconds. Of course, more intense seizures result in visible muscle spasms and twitches that can last up to several minutes. In more severe episodes, your child may even lose consciousness or have no idea what happened.

While epilepsy can happen to anyone, it’s most commonly diagnosed in young children. If your child has epilepsy it’s important that you are able to recognize the signs and symptoms so that you can schedule an appointment with your pediatrician right away. Even though there is no cure for epilepsy, symptoms can still be managed to reduce the frequency and severity of seizures and to improve your child’s quality of life.

Seizures fall into two categories: partial and generalized. A simple partial seizure means that your child won’t lose consciousness during the episode but you may notice slight muscle twitches anywhere on their body. They may also feel lightheaded or dizzy. A complex partial seizure, on the other hand, may cause your child to be unaware of what’s going on around them. During these episodes, your child may become unresponsive or maintain a blank stare.

There are a variety of different kinds of generalized seizures (that involve the entire brain):

General seizures often involve muscle stiffness, loss of muscle control, twitching spasming or jerking of the body, as well as loss of consciousness. After the episode, your child will often have no recognition of what happened.

Sometimes parents are able to pinpoint what factors trigger their child’s seizures. Common triggers include:

It isn’t always possible to detect what factors can trigger an episode. This is why it’s important that if your child is displaying any of these signs or symptoms above that you visit a children’s doctor right away.

This condition is considered serious, so the sooner your child gets the care they need the better. Besides running a blood test, an electroencephalogram (EEG) will also be used to look at electrical activity within the brain. Don’t worry; diagnostic testing is completely non-invasive and painless.

From there we will create a treatment plan that may include certain anti-epileptic medications, therapies and lifestyle modifications. In some cases, surgery may also be necessary.

If your child is showing symptoms of epilepsy it’s important that they get the care they need as soon as possible. Call your pediatrician today to schedule an appointment.