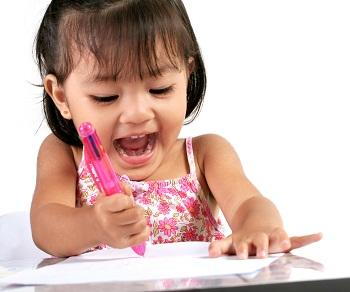 While most children will exhibit moments of acting out, being rambunctious or having difficulty concentrating, it’s important for a parent to be able to tell when their child’s everyday habits and behaviors are just a passing phase or when they might be the result of attention-deficit/hyperactivity disorder (ADHD).

This neurodevelopmental disorder can cause a lot of disruptions and problems for school-age children if it isn’t addressed right away. Of course, it isn’t always easy to figure out whether the behaviors your child is exhibiting are truly because of ADHD. After all, most people assume that all children with ADHD have problems with impulsivity, hyperactivity and inattentiveness; however, some kids with ADHD may not be able to pay attention in class but never show signs of hyperactivity, while other children may be hyperactive and impulsive but have no trouble concentrating.

What are the symptoms of ADHD?

Children with ADHD won’t have difficulty concentrating on the things they like; however, when they are given tasks at home or at school that they don’t like they have trouble completing it. They may immediately jump around to other tasks before ever finishing the first one. They may have trouble focusing and become easily distracted by their environment.

Some children with ADHD may also be hyperactive. While children certainly have a lot of natural energy, hyperactive children can’t ever seem to sit still. These are the children who have trouble remaining in their chairs, often needing to move around the classroom, or they can be seen fidgeting and squirming.

Impulsivity is another aspect of ADHD in children. Children with impulsivity issues have difficulty controlling their emotions. They can be short-tempered or prone to outbursts and tantrums. Children with ADHD may also be more likely to shout out the answers before waiting to be called on or they may interrupt people while they are talking.

Even if your child is displaying these behaviors it’s important to keep in mind that there are a variety of other conditions and factors that can cause these same symptoms. Of course, your little one should visit a pediatrician for an evaluation if they are exhibiting these behaviors. This visit won’t be to just diagnose ADHD, but we will also want to rule out other issues such as physical conditions, mental health disorders, behavioral disorders, learning disabilities and even major life stressors that could bring about these unwanted behaviors.

How is ADHD treated?

While medication is often prescribed, this isn’t the only way to manage ADHD. A pediatrician will also recommend a variety of options including behavioral therapy, counseling, educational assistance and at-home skill building techniques.

If you suspect that your child might have ADHD, it’s the perfect time to pick up the phone and call a children’s doctor for a thorough medical consultation.