Half of teens have consumed alcohol by the time they are 15 years old, according to the National Institutes of Health, and underage drinking only becomes more common 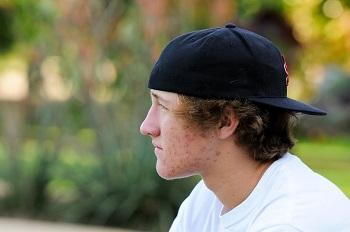 as teens approach adulthood. By the time they've reached 18, more than 70% of teens have had at least one alcoholic beverage.

This prevalence of underage drinking is problematic for a number of reasons. First of all, it's dangerous. Alcohol can impair anyone's judgment and physical coordination, but drinkers younger than 21 often hesitate to seek help in dangerous situations involving alcohol, for fear of getting in trouble. Roughly 5,000 young people die in the U.S. annually in conjunction with underage drinking, according to the Surgeon General, most often as a result of car accidents.

How Does Drinking Affect Development?

There's much more to the danger of alcohol than death, particularly among young people. Those who drink in their teen years may harm their brain development — because the brain develops into a person's 20s, people who start drinking early and heavily are at risk of developing alcohol dependence and diminishing their capacity to learn. Research also ties alcohol consumption to an increased likelihood of drug use, problems with academic performance and trouble with the law.

These facts may not surprise a lot of people, as there have been efforts in the last few decades to better educate teens about the consequences of alcohol consumption. The good news is something is making a difference, as underage drinking rates have declined: Binge drinking among 12 to 20 year olds fell 26% between 2003 and 2013, according to the National Survey on Drug Use and Health. Still, it's common, so the risks remain.

Perhaps the best thing society can do to continue reducing underage drinking is to maintain conversations about the risks. Taking action to prevent drinking, like making it difficult for teens to access alcohol and setting strict consequences for those who violate the law, will help, as well.

For parents, it's important to set clear expectations and stay connected to what's going on in teens' lives so it's easy to identify signs of alcohol use, like falling grades, behavior problems, significant shifts in demeanor and a change in friend groups. Navigating a good relationship with a teenager is easier said than done, but it's certainly more effective than avoiding tough conversations and potentially ignoring major problems.